Extreme Supplies is open for online and phone orders, in support of essential businesses across the country. Dismiss

With the Phoenix Guardian HEPA system you can Easily clean the air in a 14' x 14' room in just under 4 minutes . This unit provides high airflow with a variation of ducting options, achieving a combination +/- control and containment air scrubbing.

The Phoenix Guardian HEPA Air Scrubber performs well at several critical air quality remediation functions all at once. It has HEPA filters that capture virtually all removable airborne particles that is physically capable. An optional 4 stage absorption filter contains a mixture of activated carbon and potassium permanganate to eliminate the remaining airborne odors and chemicals.

The true 1,400 CFM capacity of the Phoenix Guardian HEPA Air Scrubber System is shown in tests proving it can tackle the air in a 14' x 14' room in just four minutes. In order for it to be this effective, the air scrubbers must perform a minimum of four air changes per hour. It is no surprise that a single unit can control up to 21,000 cubic feet, given its unique engineering.

The Guardian Air Scrubber offers the highest airflow and multiple ducting options, a mixture of negative or positive airflow control and containment air scrubbing achievement. This gives the unit the power to continually filter indoor air while depressurizing a restoration site. Resulting in the spread of contamination as almost non-existent.

The intake accepts both 18" flex-duct or 12" flex-duct with an included adapter to contain contaminates or draw contaminated air from areas that are not usually accessible to air scrubbers. 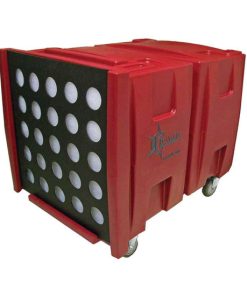 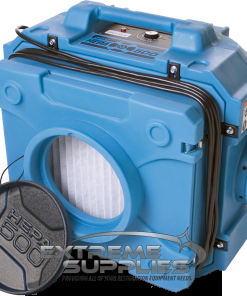 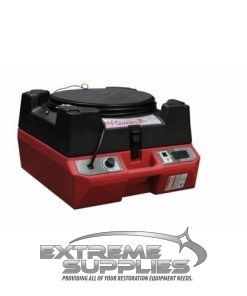 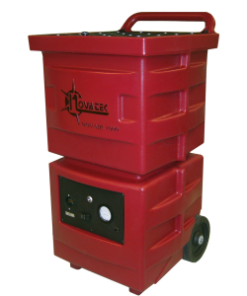