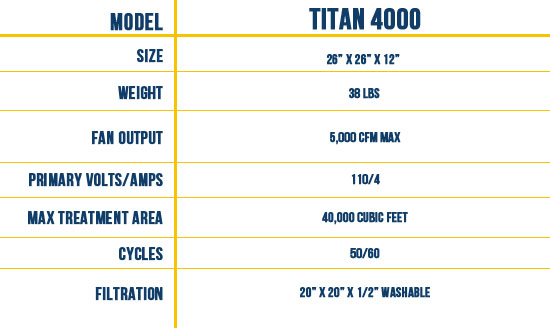 The Titan 4000 Hydroxyl Generator is perfect for use on big restoration jobs affected by severe odors. It produces no ozone, and is safe for use in occupied areas. The Titan 4000 treats up to 40,000 cubic feet—four times more than the original Titan 1000!

On jobs where time is of the essence, or in environments where complete evacuation isn't possible, the Titan 4000 is the perfect choice.

If you service fire and flood restoration sites, medical waiting areas, nursing homes, daycare centers, restaurants, nightclubs, beauty parlors and other venues that cannot be evacuated for odor treatment, you need the Titan.

NOTE: It takes the Titan 4-8 times longer than ozone technology to effectively neutralize odors. You may think the Titan is not working at first because when the machine is running, you will not smell any ozone gas odors. 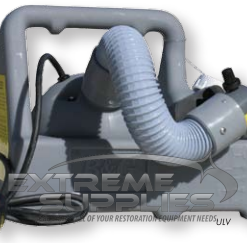 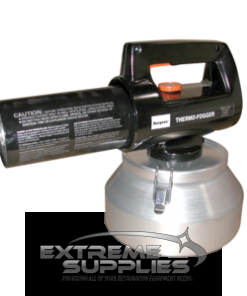 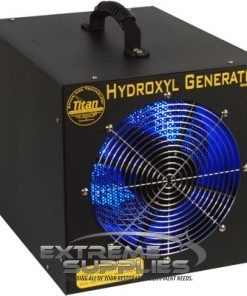 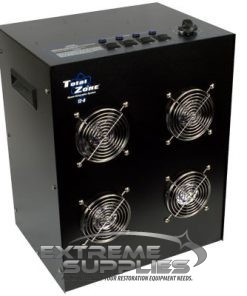 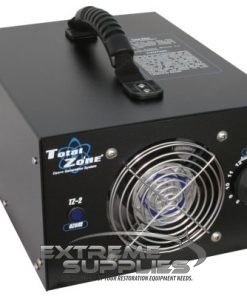 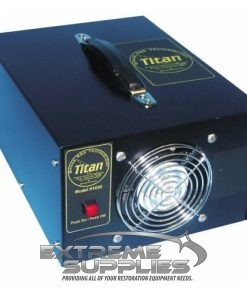